There’s a marauding band of fruits, sevens and stars on this reel set, and they’re ready to play the show of their lifetimes! They’ll need someone to orchestrate their efforts, however – and this is where you come in: You’re the only one who can rein in the wild fruit and other symbols in Super Hot™ 7ʼs - and if you do a good job, you’ll be showered with Twists!

Your aim as reel master is to align 5 identical symbols along one of the 5 win lines, which all run from left to right. The ‘Star’ is this game’s Scatter symbol: If it falls thrice onto the reels, no matter the reel position, 14 free games are triggered. Within the free games, the ‘7’ functions as the Wild symbol: It can replace other symbols of the game. If it is part of w inning combination, it’ll double your win! 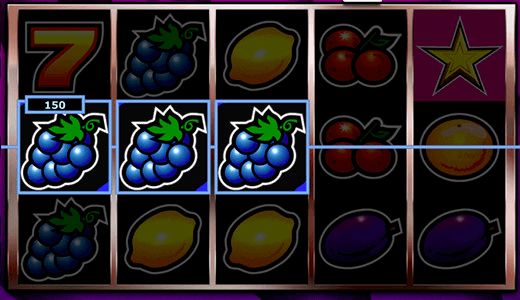