Thaw the reels in the chilliest slot ever!

In this icecold online slot machine the mighty empress of the winter wonderland is waiting to serve you frosty winnings. However, with a little luck you will reign supreme on 5 reels with 30 win lines. You might even bag the Wolf Wild symbol and the Free Game Bonus to cement your rule in this magical winter game!

We have summed up the most important details about Arctic Empress (including some valuable tips) to help you hit the ground running.

Arctic Empress is an online slot game developed by Greentube with 5 reels and at least 30 win lines. At least? Exactly, because this game is unlike pretty much every other slot you have ever played: the reel window increases by one row upwards or downwards at random during a spin and with each expansion ten win lines are added. The height of the reels might then include up to 9 symbols in total (instead of 3) and reach a maximum of 90 win lines.

Winnings are paid out when you place at least 3 identical symbols side by side on one of the win lines running from left to right.

The Symbols in Arctic Empress Online

Besides classic game symbols such as Ace, King, Queen, Jack and 10, themed symbols like the Kingfisher, a Squirrel sitting on a snowy branch, a Raccoon against a wintery backdrop and the icy Empress score winnings for you in Arctic Empress. The Empress is the most valuable symbol.

The most lucrative symbols of them all is the Free Game Snowflake. This symbol acts as Scatter and can trigger 5 Free Games if enough of it appear.

Which symbol is also important in the snowy reel scenery? The Wolf Wild symbol because it can substitute for all other symbols and create great chances of winning for you. In addition, it can appear stacked and liven up the game even more.

Fancy some freezing Free Games? There are plenty of them in Arctic Empress – all you have to do is defrost them! If you manage to collect at least 3 Free Game Snowflake symbols during a regular spin on reels 2, 3 or 4 you bag 5 free spins. The reels can also expand during Free Games which results in amazing chances of winning.

During the Free Games some of the reels might freeze over and turn into ice reels. But what does that mean for you? Incredible chances of winning! Because if these ice reels are part of a win this will be multiplied as follows:

Are there any special features in Arctic Empress?

Definitely, for example the Free Game feature. It is triggered by 3 Free Game Snowflake symbols and grants you 5 Bonus rounds. Moreover, you have the chance to bag more bonus rounds during the Free Games.

Where can I play Arctic Empress?

You can enjoy Greentube’s chilly winter slot with 5 reels and up to 30 win lines on GameTwist.com. The popular game provider has even more slot titles in store for you that are all about the cold season. For example, you can thaw frosty Free Games in Winter Queen and meet merry Santa in Santa’s Riches to bag festive winnings.

Which symbols in Arctic Empress are particularly exciting?

In addition to the Wild symbol, which can substitute for other symbols and appear stacked, you should keep an eye on the Free Game Snowflake symbol, for it can trigger Free Games if it lands in sufficient numbers. 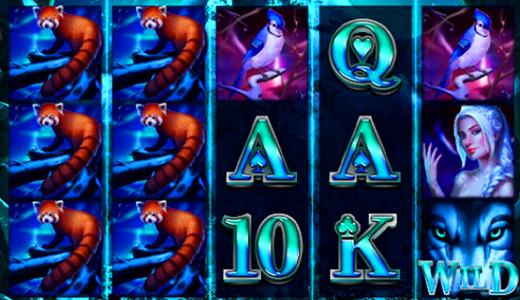