In this slot, which is adorned with beautiful Asian symbols and features glorious bonus games, your mission is to explore the five reels and 1,024 win ways to discover vast riches. Great Fortune™ is an all-pay slot game, meaning there are no set win lines. While all of the stunning symbols in this game have the power to grant you legendary Twist treasures, keep your eyes peeled for the Emperor, for he pays the highest winnings. Hot on his heels when it comes to prizes are the Dragon and the Phoenix, with the second and third highest winnings, respectively. The Yin/Yang symbol is also particularly lucrative, as it can win you up to 27x your stake during the Free Game feature.

Your aim in Great Fortune™ online is to get the same symbol on all five reels after a spin. As this game has no set lines, you’ll win as soon as you get at least three identical symbols on three consecutive reels starting with the first, irrespective of the positions of the symbols on the reels. The Emperor symbol appears on all of the reels in a stack. The Yin/Yang symbol is the game’s Wild, meaning it can substitute for all other symbols in a winning combo (except for the Gold Coin).

With a combination of three Scatter symbols (Gold Coins) anywhere on the reels, you’ll win eight Free Games. Get four Gold Coins and you’ll bag 15 Free Games, while five Scatters trigger 20 Free Games. Further Free Games can be won during the active Free Games providing you get another three Scatters on the reels. What’s more, you can make the most of a multiplier as you spin the reels for free: For every Yin/Yang symbol in a combination, your winnings will be either doubled or trebled. And if luck is on your side, you’ll maybe even multiply your winnings by 27!

In this superbly designed slot, you can take a memorable trip to Asia, where you can get your hands on spectacular Twist winnings with the aid of Gold Coins, the Yin/Yang symbol and the Emperor himself. The game delivers majestic slot entertainment with 1,024 win ways and the chance to activate a mega multiplier of up to x27. Great Fortune™ is so simple to play that you can enjoy the delights of this special slot from the very first spin! 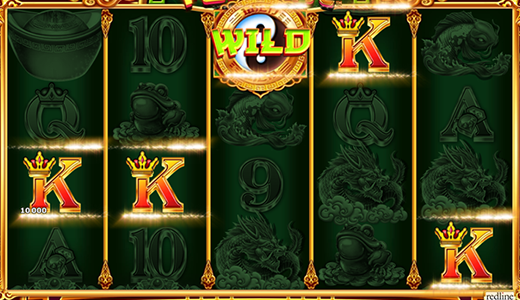