One of the mightiest rulers of ancient Egypt stashed away his treasures very well thousands of years ago – but not well enough. Because if you spin the five reels in Highroller Ramses II and land profitable winning symbols such as Ramses II (highest winnings), the feline goddess Bastet (second-highest winnings) and the Eagle (third-highest winnings), you might track down the riches of Ramses II pretty quickly. If your luck is in, you’ll soon realise that Ramses II put aside considerable assets to share with lucky players!

The objective of your adventurous time travel in Highroller Ramses II online is to get five matching symbols side by side on one of 20 win lines. The symbols of the winning combos must land from left to right without any other symbols between them. If Ramses II substitutes for other symbols in a winning combination, your winnings will be doubled.

The cruelty and greed of Egyptian rulers are legendary. But Ramses II is an exception, for all he cares about in Highroller Ramses II is showering you with Twists. And the generous sovereign fulfils his intentions in two ways: Firstly, as a lucrative winning symbol, and, secondly, as a Wild that substitutes for all symbols in winning combos except for the Scatter (Scarab)! 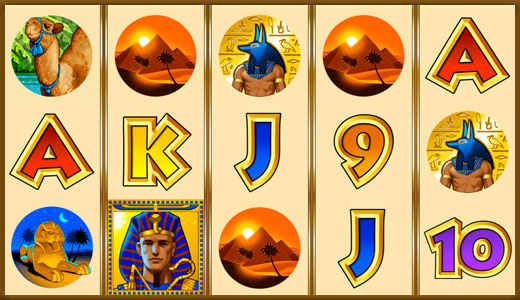