Fancy a date with the mesmerizing star of this special slot? Get the reels of Lucky Spin Jackpots spinning and that’s exactly what you could get! As the name suggests, this legendary game sparkles with a jackpot feature, stacked Wilds with bonus winnings, a Free Game feature and 243 ways to win. By the way, the golden Heart delivers the highest winnings, followed by the Lady and the red 7.

Your aim in this all-pay online slot is to get a winning combination of five matching symbols along a winning path. All winning paths run from left to right.

Collect three Bonus symbols anywhere on reels one, three and five to fire your Free Game meter up to ten! During the Free Games in Lucky Spin Jackpots online, all winnings are doubled. You can also win even more Free Games in these bonus spins.

Six or more Stars anywhere on the reels trigger the Jackpot feature. The Stars will remain in place as you play three bonus spins. For every Star that lands on the reels during these special spins, you’ll win a further three Free Games. And if you manage to fill every position on the reels with Stars, the Grand Jackpot will be heading your way. Should you not quite cover the screen with glittering Star symbols, you’ll still have the chance to land the Major, Minor or Mini jackpots.

The old-school slot hit Lucky Spin Jackpots is all about luck – if it’s on your side as you spin the reels, you’ll have the chance to land phenomenal winnings. To give you a helping hand, there’s no shortage of tried-and-tested lucky charms, like the Horseshoe and Four-Leaf Clover. And as if that were not enough, there are profitable bonus games with jackpots and stacked Wilds! 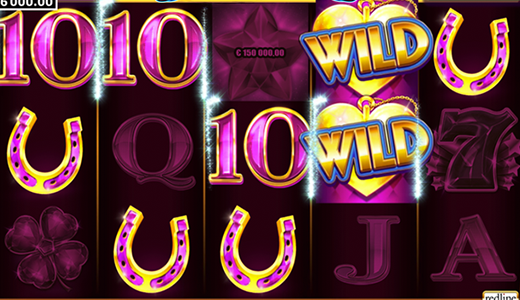