Look out of the Magic Window and what do you see? With a bit of luck, a row of profitable symbols that generate winnings or lead you to the Free Games. In Magic Window™ online, you can explore a world of mystery and adventure across five reels and ten win lines. The Red-haired Lady (highest winnings), the Wolf (second-highest winnings) and the Amulet (third-highest winnings) will reveal a path to grand Twist riches if luck is on your side.

You need five matching symbols along one of the win lines in Magic Window™ online to be a winner. However, you can also land winnings with just two identical symbols if they happen to be the Red-haired Lady, the Wolf, the Amulet or the Ring. The symbols must be side by side and line up from left to right on the reels. The Scatter in this game is the Magic Window, which will send winnings your way by substituting for other symbols to complete winning combos.

If the Magic Window (Scatter) appears three times or more on the reels in a spin, your chances of bagging Twists will be boosted big time. That’s because this mystical symbol triggers ten Free Games. The position of the Scatter symbols on the reels is irrelevant. During these Free Games, one of the game’s symbols will be given special expanding powers. As soon as one of these symbols appears, it will expand to cover all three positions on the reel. If you manage to trigger further Free Games (by getting three Scatters again), an additional expanding symbol will be chosen in Magic Window™. In this way, you have the chance to play Free Games with up to nine expanding symbols!

Up to nine expanding symbols are possible in Magic Window™ online – a touch of magic and luck are all you need. If you’re not convinced, let the Red-haired Lady take you by the hand and show you the enchanted realm on the other side of the Magic Window. Spin with luck on your side and this special journey will be one you’ll never forget! 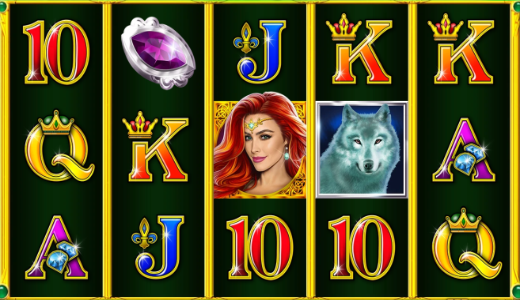